In March 2015, a ‘Ten Residents Group’ and Jones River Watershed Association filed a legal appeal of the state’s decision to grant Entergy a “Chapter 91 Waterways License” to put an emergency cooling water system on the Cape Cod Bay shoreline for its Pilgrim Nuclear Power Station. The appeal is going to a legal hearing this Thursday, Sept. 24th.

You may recall that in March 2012 the U.S. Nuclear Regulatory Commission (NRC) issued its “Fukushima Order” after Japan’s Fukushima Daiichi nuclear disaster. Entergy needs the Chapter 91 Waterways License from the state to comply with this order.

The NRC’s “Fukushima Order” requires all U.S. nuclear facilities to develop backup emergency plans to avoid a similar disaster from happening (due to loss of offsite power caused by floods, earthquakes and other natural hazards). Entergy had to develop an emergency cooling water backup plan for Pilgrim to prevent a catastrophic fire in the spent fuel pool or reactor due to loss of offsite power.

For Entergy’s strategy, Pilgrim is installing moorings, wells, a pipe, a road, and a concrete wall on the Cape Cod Bay shoreline (with and without proper permits!). Entergy needs a Chapter 91 License from the state to put this so-called emergency back-up system on the shoreline. The state granted the Chapter 91 License (no surprise there!), but in March 2015 residents brought a legal challenge to the state’s decision.

The legal appeal aims to protect the public’s rights in what are called “public trust” lands on Cape Cod Bay. The shoreline belongs to all of us, and it is not Entergy’s to take and use for its private purposes without properly complying with the law and providing compensation.

The hearing on September 24th is before an administrative law judge. The final decision by the state will not be made until December 2015. That decision can then be appealed to a court.

Entergy, the State, the Ten Residents Group and JRWA have filed their testimony in the case. They also filed legal memos setting out their arguments. At the hearing on September 24th, the parties’ witnesses will be cross-examined on their testimony. JRWA and the Ten Residents Group are represented by Kevin Cassidy of Earthrise Law Center and volunteers Meg Sheehan and Anne Bingham.

Read the witnesses’ direct and rebuttal testimonies below (exhibits available upon request). 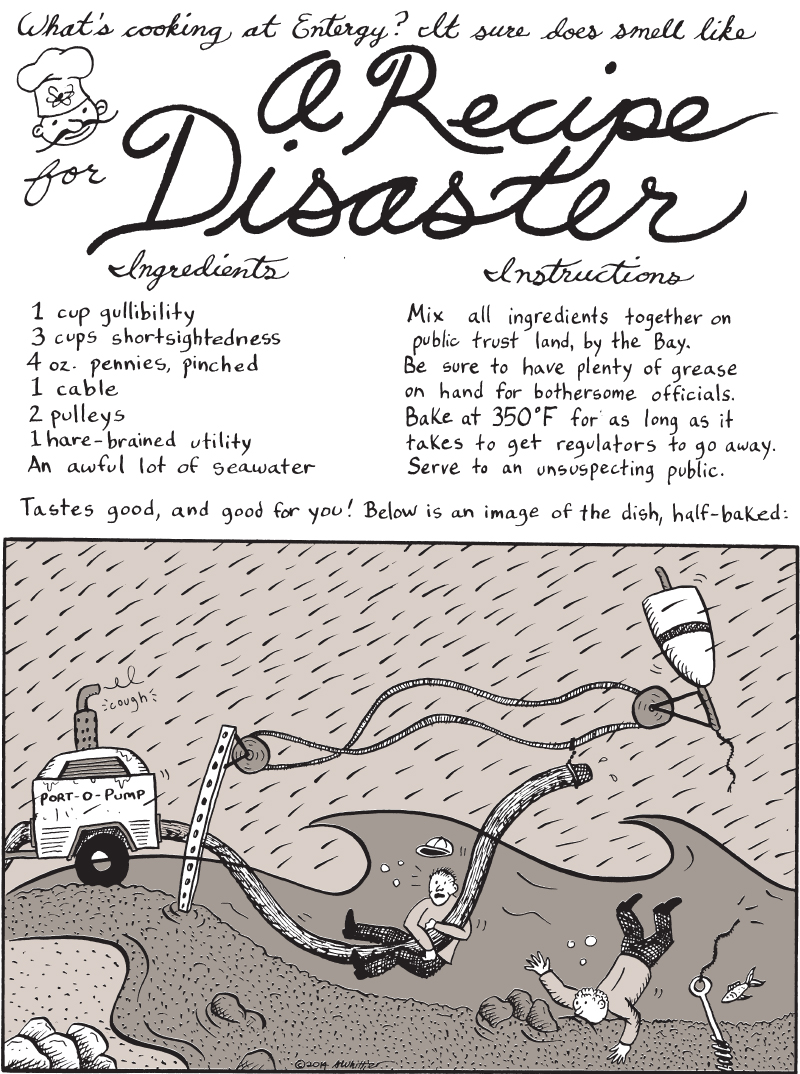