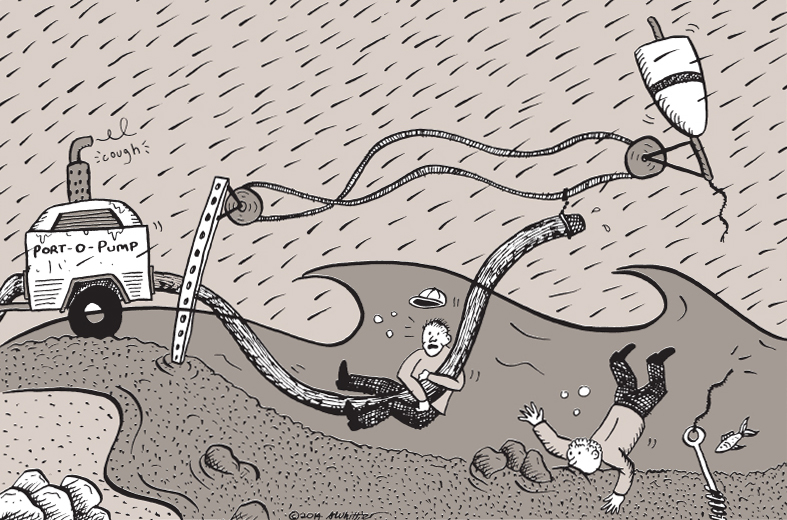 On Feb. 27, 2015, the state Department of Environmental Protection (MassDEP) issued a Written Determination with a Cover Letter approving Entergy’s application for a Waterways License for the project that has become known as the “Recipe for Disaster.”* The law provides that people who submitted written comments to MassDEP on Entergy’s license application have a right to a legal appeal. A legal appeal has been filed (March 20, 2015) that will challenge the License.

Entergy needs this license to comply with an order from the U.S. Nuclear Regulatory Commission. The NRC order was issued after the Fukushima disaster – and require U.S. facilities to develop backup emergency plans to avoid a similar disaster from happening (due to floods, earthquakes and other natural hazards).

MassDEP held a public hearing on Entergy’s proposed plan in November 2014. About 100 people crammed Plymouth’s Town Hall to say “no way.” The public also submitted written comments. Check them out:

MassDEP’s Written Determination is based on errors of law and inaccurate and flawed information. Perhaps most egregious is this statement in Entergy’s letter (Jan. 8, 2015) on the application:

“Entergy would like to remind MassDEP that the Station [Pilgrim] has maintained operational status during various Nor’easters and blizzard conditions including during the 1978 blizzard.”

Entergy’s statement is simple not true. Pilgrim had an emergency scram during the Blizzard of ’78, during Nemo in 2013, during Juno in 2015, and many other cases. During Juno – only a few weeks after Entergy wrote the Jan. 8, 2015 letter – Pilgrim had an emergency scram that knocked it out for 11 days, and then Entergy decided on a “precautionary shutdown” in advance of the next storm in early February. Apparently, MassDEP didn’t do their homework and rubber-stamped Entergy’s license application, accepting this flawed plan as truth.

MassDEP and state officials abdicated their public responsibilities by issuing this written determination saying they will grant Entergy the license.

*MassDEP originally issued the Written Determination on Feb. 20, 2015, then realized it had failed to properly notify the public of the Determination so it reissued it on February 27.