The following is the first in an ongoing series of articles being published in the Old Colony Memorial newspaper of Plymouth and on the Wicked Local website. 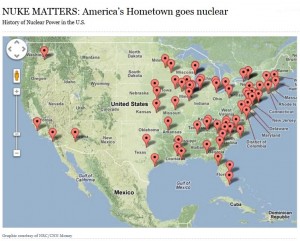 In the late 1950s, the peaceful use of atomic power became a symbol of progress and a hopeful future to Americans – a solution to impending shortages of fossil fuels, an icon of scientific achievement and a way to promote cooperation among nations. The first U.S. commercial power station opened in 1958 in Pennsylvania, and within 20 years there were 58 nuclear power facilities in operation in the U.S.

By the 1970s, however, safety and environmental problems associated with nuclear reactors gained increasing attention. This became especially true after the Three Mile Island and Chernobyl nuclear disasters in 1979 and 1986, respectively. Click here to read the rest of this article.