“Climate Change in Your Backyard” Series

As the CCBW campaign progressed over its first year and a half, we realized more and more how import the role of climate change is in terms of the safety of nuclear power plants, and Pilgrim in particular. Pilgrim, with its outdated once-through cooling system, potentially adds to the warming water temperature of Cape Cod Bay. Also, the effects of climate change (rising sea levels, warming sea water and air temperatures, increasing intensity of storms and related storm surges) threaten the facility’s cooling system which is essential to normal (and safe) operations, as well as pose risks to the dry cask nuclear waste storage facility being constructed only about 100 feet from the shore of the Bay. Read more about our climate change concerns →

Recent studies of the effects of climate change and sea level rise on several South Shore communities was presented at the first of a six-part workshop series back in January. Sponsored by the Jones River Watershed Association in partnership with the North and South Rivers Watershed Association, and the Mass Bays Program.

This series will also address how to prepare for serious storms in coastline communities; the importance of wetlands and dunes in reducing coastal damage and the growing stress on our marshes due to sea level rise; plus how to decide if elevating your home makes sense and how to go about the process. The final session will include a discussion about what can be done to prepare for climate change impacts in the coming years.

Please check back here or NSRWA.org for updates to the schedule.

Climate Change Impacts on Ecosystem Services and Approaches to Adaptation

Senior Program leader for Climate Change at Manomet Center for Conservation Sciences, Eric Walberg will provide an overview of climate change impacts on ecosystem services and approaches to adaptation. Two local case studies of the Beaver Dam Brook and Red Brook watersheds will be used in a discussion of the challenges, opportunities and trade-offs that are inherent in adapting to a rapidly changing climate.

This session will be a review of information from the previous lectures and will feature an open discussion about the next steps that coastal homeowners can undertake to adapt to sea level rise and climate change in and near to their own back (or front) yards.

The Process and Benefits of Elevating Your Home

Many homeowners have been told to elevate their homes in the face of sea level rise, and a few have already done so in vulnerable coastal locations. This presentation will focus on what homeowners need to know before deciding to elevate, how they decide how high to go, and the benefits of doing so. There will also be a brief video presented of an interview with a homeowner who has gone through the process.

Many southern New England salt marshes seem to be showing initial signs of marsh response to the effects of rapid sea level rise and increased inundation due to anomalous tides. This presentation will discuss preliminary results of an effort to assess and quantify these impacts to salt marshes.

Our shorelines are naturally protected by natural landforms like dunes and salt marshes. Protecting and enhancing these landforms can help reduce damage from storms and provide places for coastal features to migrate with sea level rise. This presentation will focus on techniques for reducing erosion and storm damage that enhance the ability of coastal landforms to provide protection to landward areas.

The serious impacts of storms like northeasters and hurricanes are compounded by climate change and sea level rise. This presentation will focus on preparing for such storms and how these preparations may change along with the climate.

The towns of Scituate, Marshfield, and Duxbury recently completed a modeling effort to determine the local impacts of sea level rise over the next 25, 50, and 75 years. Background on sea level rise and maps of these future projections will be presented to provide context for the rest of the lecture series. 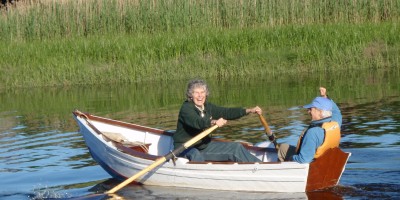 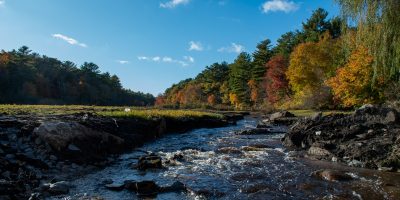