Robust fisheries have a positive impact on conservation and the economy

(Washington, D.C.) — Restoring and expanding coastal and estuarine habitat leads to increases in fish populations, which have a positive impact on the communities and the industries that depend on thriving and sustainable fisheries.

A report released today by Restore America’s Estuaries (RAE) and the American Sportfishing Association (ASA) and co-authored with the National Oceanic and Atmospheric Administration (NOAA) – More Habitat Means More Fish – makes a powerful case that investing in our nation’s coastlines and estuaries leads to healthy habitat and strong fisheries, which has a positive impact on the businesses and industries, both recreational and commercial, that need healthy fisheries to survive and thrive.

Among the findings are:

American Sportfishing Association President and CEO Mike Nussman noted, “As an industry, we are keenly aware of the impact that sportfishing has on our nation’s habitat restoration efforts. In many ways, America’s anglers are the nation’s most powerful force for conserving our nation’s fisheries and waters, investing more than $1 billion dollars each year in fisheries management and conservation through taxes on fishing equipment and state fishing license sales.”

The report notes that strategic habitat restoration is required, particularly in an era of shrinking budgets. “The big challenges that fisheries face are increasingly habitat challenges. Without healthy habitat, we cannot sustain the fisheries that will feed Americans now and into the future,” said Eric C. Schwaab, Assistant Administrator for NOAA Fisheries.

Founded in 1995, Restore America’s Estuaries (RAE) is a national alliance of 11 regional, coastal conservation organizations with more than 250,000 volunteer-members dedicated to preserving our nation’s estuaries.

The American Sportfishing Association (ASA) is the sportfishing industry’s trade association committed to representing the interests of the entire sportfishing community. We give the industry a unified voice, speaking out on behalf of sportfishing and boating industries, state and federal natural resource agencies, conservation organizations, angler advocacy groups and outdoor journalists when emerging laws and policies could significantly affect sportfishing business or sportfishing itself. ASA invests in long-term ventures to ensure the industry will remain strong and prosperous, as well as safeguard and promote the enduring social, economic and conservation values of sportfishing in America. ASA also gives America’s 60 million anglers a voice in policy decisions that affect their ability to sustainably fish on our nation’s waterways through KeepAmericaFishing, our angler advocacy campaign. America’s anglers generate over $48 billion in retail sales with a $115 billion impact on the nation’s economy creating employment for more than 828,000 people. 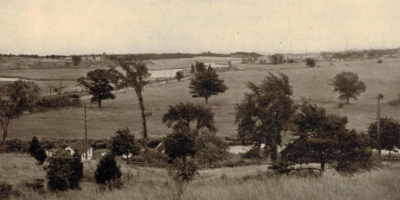 The Civic Progress of Kingston & A History of Her Industries