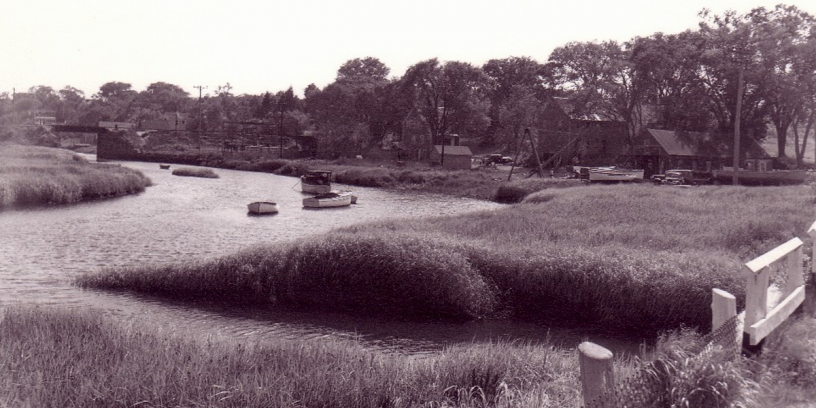 Jones River Landing is a uniquely valuable landmark, steeped in history as well as a forward-thinking mission for advancing our environmental heritage.

Representing three hundred years of boatbuilding tradition, it is a vestige of the once vibrant seafaring industry that thrived along the Jones River banks. As the largest river in Cape Cod Bay, the Jones River provides an essential habitat to a wide array of fish and wildlife that contributes directly to the health of the Gulf of Maine ecosystem. Now the home to multiple mission-driven programs, the Landing is undergoing an extensive revitalization designed to preserve and steward our community’s vital natural and historic resources.

Jones River Landing was formed in June of 2003 by the Jones River Watershed Association to be a center for the study, restoration, and stewardship of sensitive ecological systems vital to the health, habitat and species of the Jones River and Cape Cod Bay. The Landing offers unique opportunities to participate in many activities including monitoring of aquatic environments, projects to restore water quality and coastal ecosystems, and water-based recreation such as boating and fishing. It is also home to Jones River Watershed Association and Mass Bay Maritime Artisans, both interconnected by an appreciation for our maritime environment.

Landing facilities also include a meeting area where people can assemble for conversation and information-sharing, and space for indoor and outdoor events for community participation.

Jones River Landing is perhaps the oldest continuously operating boatyard in the country, with shipbuilding first established here by the early 1700’s.

The site of Jones River Landing has been the home to many remarkable vessels that helped to build the industry and wealth of our newly forming nation. Historic buildings on the site include the Shiverick Boatshop, dating to 1895 and operated by esteemed boatbuilder George Shiverick. Our dependence on the River also has a long history supporting pre-colonial societies and a variety of early colonial industries as well as agriculture. For 100+ years, it has been used as a source for drinking water for Plymouth County. Today, over 150,000 residents from Brockton to Kingston rely on water from the rivershed.