Week two of the Pilgrim trial took place from August 22 to August 24, 2016. While week one was all about proving that the Plaintiffs had “standing” (read more about week 1), during week two it was Entergy’s turn to have the burden of proof – this time to prove that it was entitled to the unconditional permit provided by the Town of Plymouth for Pilgrim’s nuclear waste storage facility back in 2012.

On Monday, August 22, both sides provided opening statements. Entergy’s council argued that Pilgrim’s dry cask nuclear waste storage facility is an “accessory use” or “part of the principal use itself” (electricity generation) and no way constitutes a new use – therefore a special permit is not needed. The argument was made that the facility could also be seen as an “advance in technology” from what was already there at the site.

On the other hand, the Plaintiffs argued that a special permit was required for 5 reasons:

Plaintiffs’ council stated, “the special permit cannot be open-ended and morphed into anything Entergy would like it to be.”

After opening statements, Entergy’s witness Charles Minott, Project Manager for Pilgrim’s nuclear waste storage project, was questioned by Entergy’s council and then cross-examined by Plaintiffs’ council. Several confidential documents were to be used for the cross-examination, so by late morning the courtroom was cleared of everyone except the legal teams and the witness on the stand. Questions around these confidential documents lasted throughout the rest of the day, and therefore, the door to the courtroom remained locked to observers and the other witnesses in line to testify.

Mr. Minot continued his testimony into the next day, and two of the Town of Plymouth’s employees – Mr. Paul McAuliffe, the Town’s Director of Inspectional Services, and Mr. Lee Hartmann, Director of Planning — both testified. Mr. McAuliffe issued the unconditional building permit to Pilgrim in March 2012. Both town employees took the stand on Entergy’s behalf to defend the unconditional permit that was provided for Pilgrim.

By late morning on August 23, both town employees were cross examined by Plaintiffs’ council, who questioned their credibility and aimed to show that the bylaw was violated by not requiring a special permit.

Next, Entergy called the U.S. Nuclear Regulatory Commission’s (NRC) licensing expert, Joseph Lynch, to the stand. Mr. Lynch was questioned about nuclear waste storage facilities in general. During cross examination, the Plaintiffs’ lawyers showed that Mr. Lynch had no experience interpreting Plymouth’s bylaw, and therefore there was no basis for his testimony or opinion that a special permit was not needed in Pilgrim’s case.

The Plaintiffs did not call any witnesses during week two, and felt that they proved their case via documents and by cross examining Entergy’s witnesses.

On the last day of trial, the Judge stated how the case was extremely well-tried by both sides. He went on to recognize the serious concerns among Plymouth community members over the storage of nuclear waste, he appreciated how civil the lawyers were to each other. He also urged both parties to settle since it’s such a complicated case and it’s likely neither side will fully get the outcome they want.

The next step will be that the transcripts of the trial will be submitted to the court. Forty-five days after transcripts are submitted, the Plaintiffs’ and Defendants’ lawyers will submit post-trial briefs to the judge. The post-trial briefs can cover points and evidence from both weeks of the trial. Entergy’s council can still argue against Plaintiff’s standing in the brief and challenge the evidence provided by the Plaintiffs during week one. However, the judge stated that he is unlikely to change his position on standing.

After post-trial briefs are submitted, both sides are to provide final oral arguments sometime in October. The judge will likely issue his final decision before this Christmas. 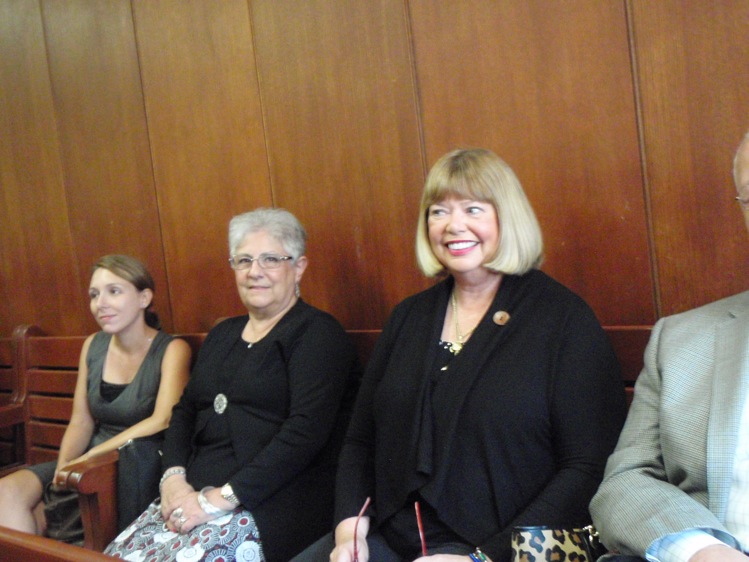