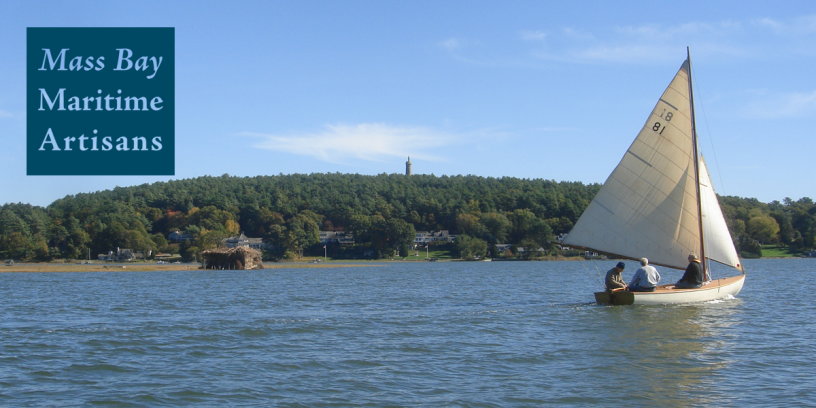 Mass Bay Maritime Artisans perpetuates the environment in which true maritime artisanry skills, based on scholarly study, experience, and practical knowledge, continues to hold its historic and essential role in the Mass Bay region.

MBMA is a resource for professional and amateur boatbuilders, curators, sailors, and boat nuts. We conduct workshops taught by practicing local artisans and hold a Speakers’ Series featuring boatbuilders doing seminal projects, as well as manufacturers of marine goods, all operating right here in Massachusetts.

Learn more about boatbuilding activities at the Landing:   Boatbuilding Projects

Connecting to the Past…

The Maritime history of the Jones River Landing area reaches back beyond the beginnings of America’s colonial period. Stories of Leif Ericson’s Cove, the discovery of a Norse axe, and the proliferation of archeological digs attest to this long history.

In 1605, Samuel Champlain visited and charted what is now Kingston, Plymouth and Duxbury Bays. When the pilgrims arrived in New England in 1620, they recorded traveling at least three miles up the Jones River in search of a settlement site, likely as far as the now restored river at Wapping Road. They named the river for their Mayflower captain, Christopher Jones.

John Bradford, son of longtime early governor of the Plimoth colony, moved to the Jones River Landing area in the mid–1600’s. By the 1700’s, the Jones River became critical to the fledging country as a location for shipbuilding and all the supporting industries. The first commissioned naval vessel of the United States, the Brig Independence, was built along the banks of Jones River Landing.

By the 1800’s, Joseph Holmes owned the Landing and was the largest owner/shipbuilder in the nation. He and others were responsible for launching thousands of tons of merchant shipping destined for ports around the world.

In the late 1800’s, Nate Watson, born on Clark’s Island, perfected the design of the Kingston Lobster boat at his Jones River shop, now owned by the Landing. With this design, Watson became a world famous race winner, ultimately propelling him to the pinnacle of the racing world as an America’s Cup skipper. George Shiverick (1895-1940), builder of hundreds of sail and powerboats for local use, launched them out of the very building that houses the Jones River Landing boat shop today.